Upon my arrival in the OBX after a good 7 hour drive and a pit stop in Delaware for tax free booze, a new T4i was sprung on me. It was one of a few cameras I was looking at as a grad present. I was previously nothing but a Nikon guy so it has been a rough transition, a few things are completely backwards. But it is a total upgrade in that the cameras I had been using were of inferior classes.

Being as it was a vacation I was reluctant to take it out onto the beach and such because my vacation to alcohol ratio is 1:1. But I couldn’t pass up the chance at fireworks once I learned of the bulb feature I have never had the pleasure of using. So I popped in a card, snagged my tripod and headed to the beach. I took a random picture on some random settings and got basically a blank frame. I then set up pointing at the pier the fireworks were going to come from. But someone about 125 feet away lit their own firework off and I quickly ballparked it to where i thought it would go off.  And the second picture I ever took with my new camera was THIS: 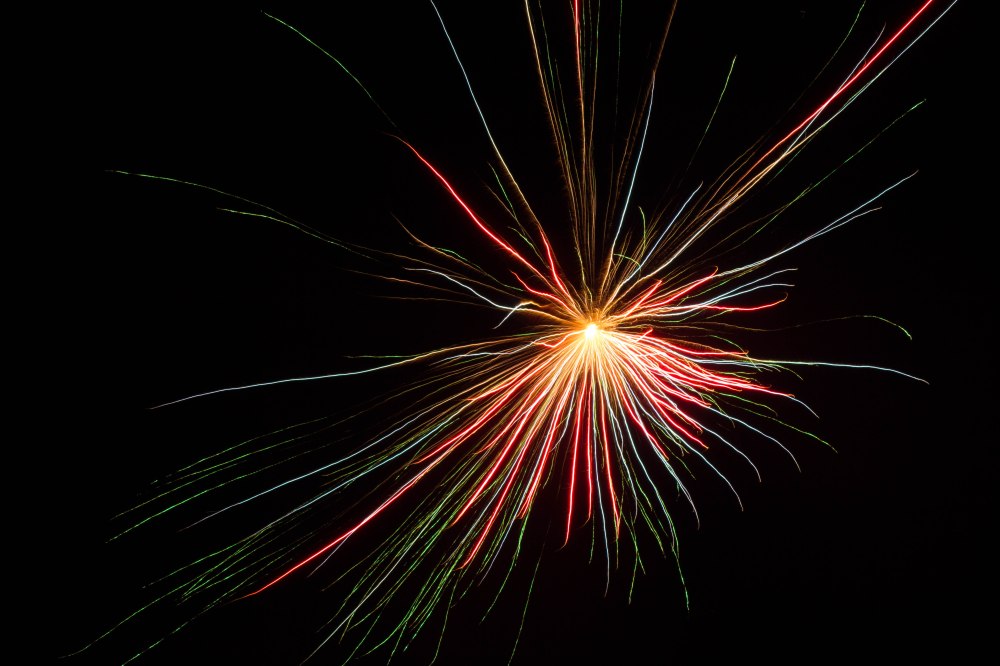 I was slightly shocked at the colors and the lucky framing.  SO I focused up for the rest of the shoot. Here are a few highlights. Sometimes the tripod moved, which created an effect, and I’ve read about how using the image stabilization eature with a tripod creates shaking in the image, but im not quite sure. These don’t even look like fireworks, they are unreal, and BARELY if at all edited.  The blue in the 2nd picture down is NOT edited, I couldn’t enhance that if I tried. CLICK for full effect.

Whats funny is that every other time I had been to the Outer Banks, which used to be yearly, I was blowing things up left right and center. This time I saw it in a different, ridiculous,  multicolored light.

One thought on “Outer Banks: Explosions in the sky”