It was a week of firsts for me at Tourne park, in North Jersey. Wetlands on the edge of dense forest create a host for many species, Redheaded Woodpecker, blue-gray Gnatcatcher, Great Crested Flycatchers and Scarlet Tanagers, all new to me and fun to catch flitting above foliage. The light is contrasty but the opportunities to make fun images are plentiful.

My latest wow moments can be attributed to large woodpeckers, and to my surprise, two low passes from a Juvenile Bald Eagle. The first I was along the tree line, with a bunch of AF points active, waiting for a hairy woodpecker to swoop down to its nest cavity where its babes were crying incessantly. A giant figure swooped above my head. I thought it was a vulture until it turned, backlit out into a cleraring. I kicked myself because I was going to move towards the clearing moments before and i would’ve had a nearly full sun shot at it. But alas I had the opportunity 30 some minutes later, it swooped out of the same bit of sky above the tree line, being hounded closely by an Eastern Kingbird, an apparently aggressive bit of feathers, with a bright red crown shown only during displays. Thanks for reading! Only a few shots really had the birds wings illuminated, I neglected to pull the shadows up much, but I’m still relatively happy with the results. 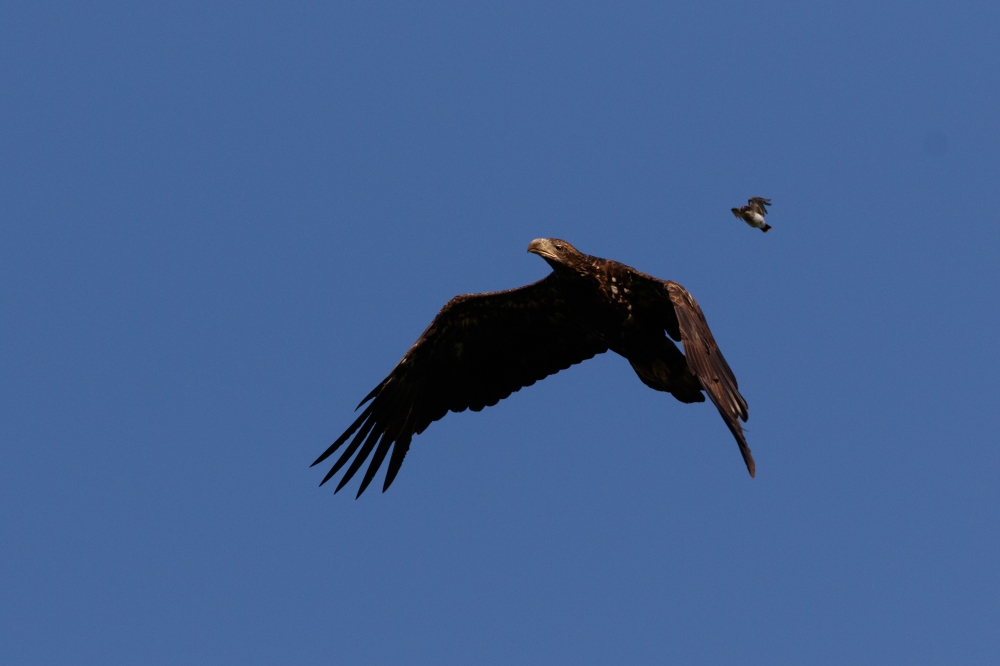 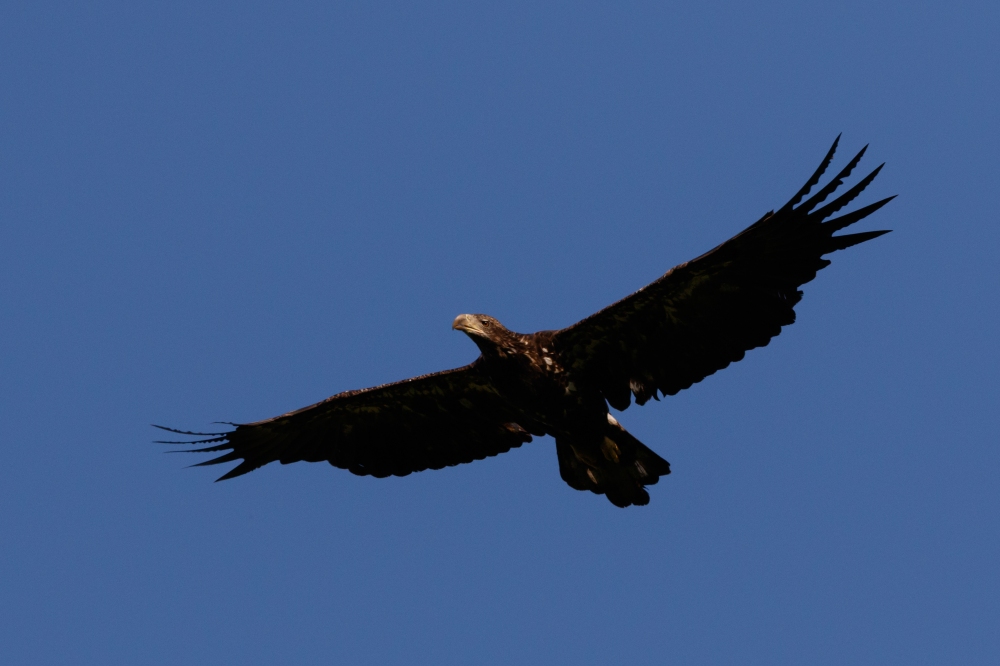 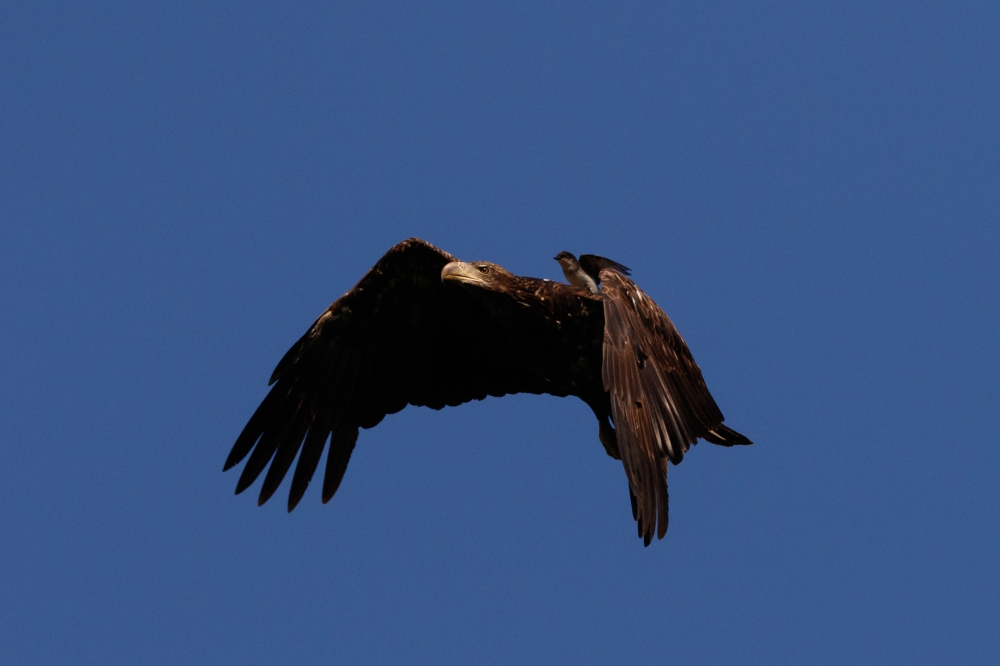 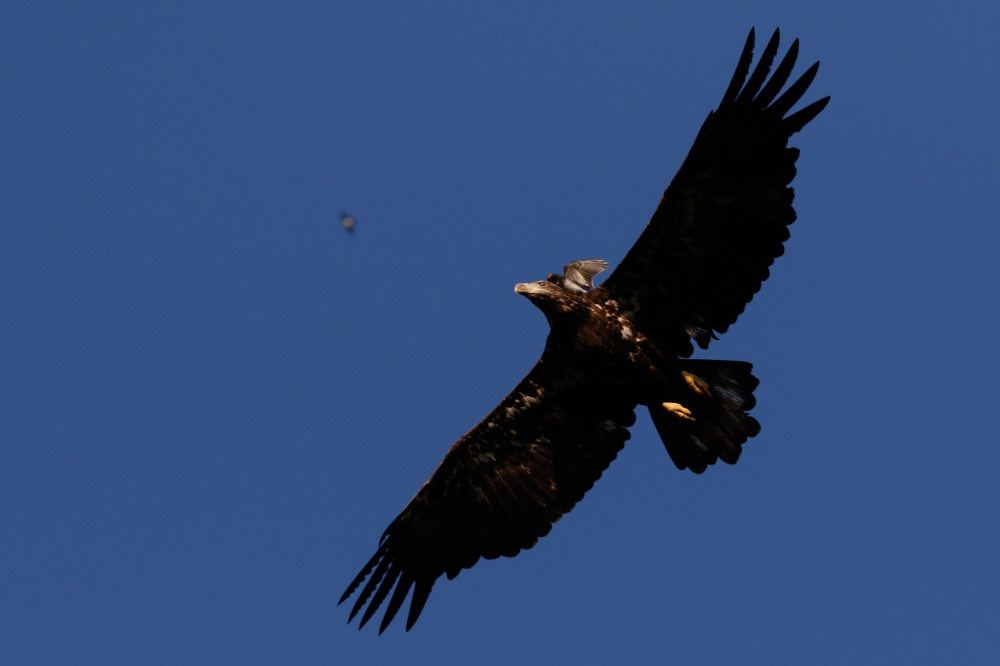 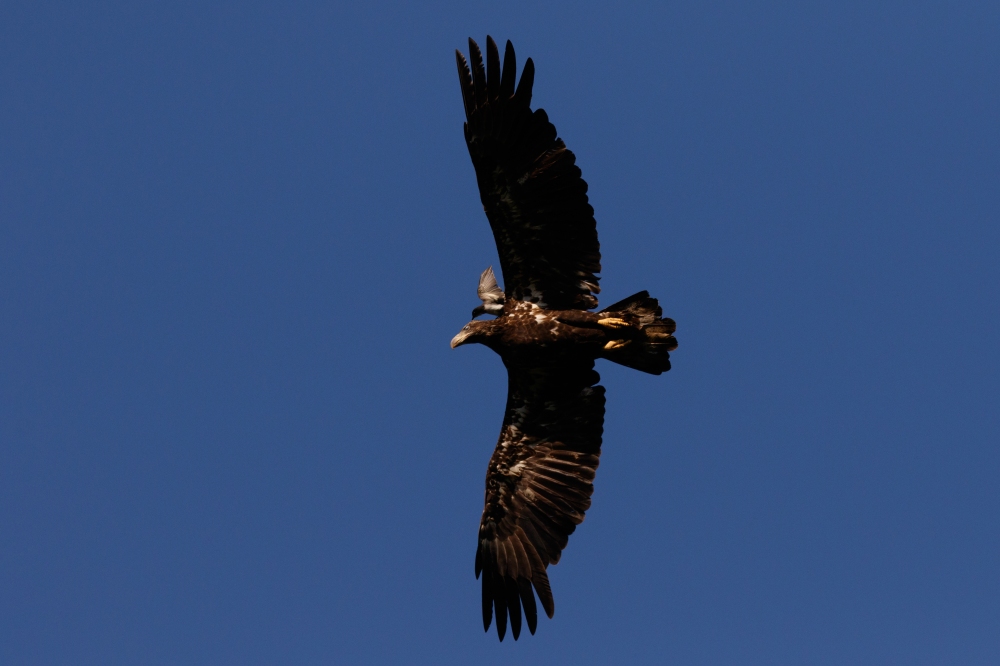 4 thoughts on “A Contrast in Size”